Two performers each take a roll of tape and simultaneously wrap it around both of their bodies. They pause to catch their breath, then try to break free from the tape. The title Tape Piece evokes 20th Century avant-garde electronic music produced using magnetic audio tape. But this performance playfully recasts those complex rhythms and sounds using entirely physical means, as two performers use ordinary household tape to create
an ever-changing choreographic musical work that fully integrates movement and sound. Their dance creates purely acoustic sounds that are beautiful and compelling, yet could quite easily be replicated by the audience at home, encouraging mindfulness of everyday beauty in the listener.

“Tape Piece achieved something meaningful for both ears and eyes as these two composers rolled around the floor, ripping sellotape off each other’s (clothed) bodies. The falsetto squeals of the sellotape launched fragmentary melodies into the air. The piece was witty and fun.” – Philip Clark, Frieze

“The unusual composition method left the audience stunned, giving each sound its own life and soul, a gripping physicality and energy.” – Nonclassical

Tape Piece has been performed around the world, from Florida, Arizona, Ohio and California in the United States, to London, Dublin, Paris, Bruges and Berlin in Europe. It has been performed by leading contemporary music ensembles of the new generation such as soundinitiative, On Structure, Mocrep, Bastard Assignments, Kirkos, and An Assembly. 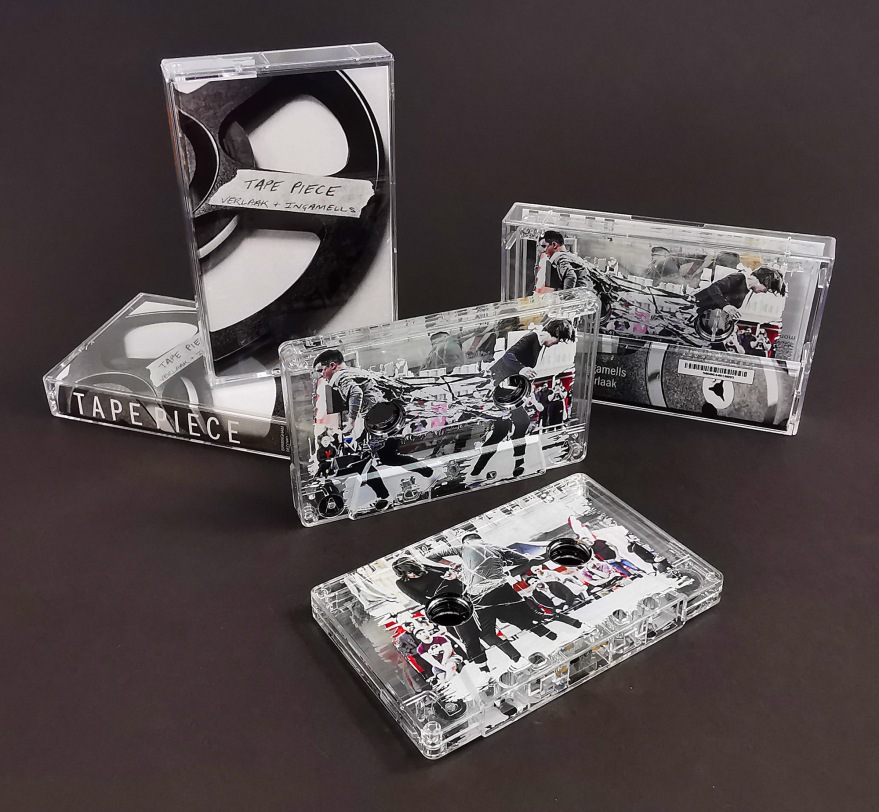 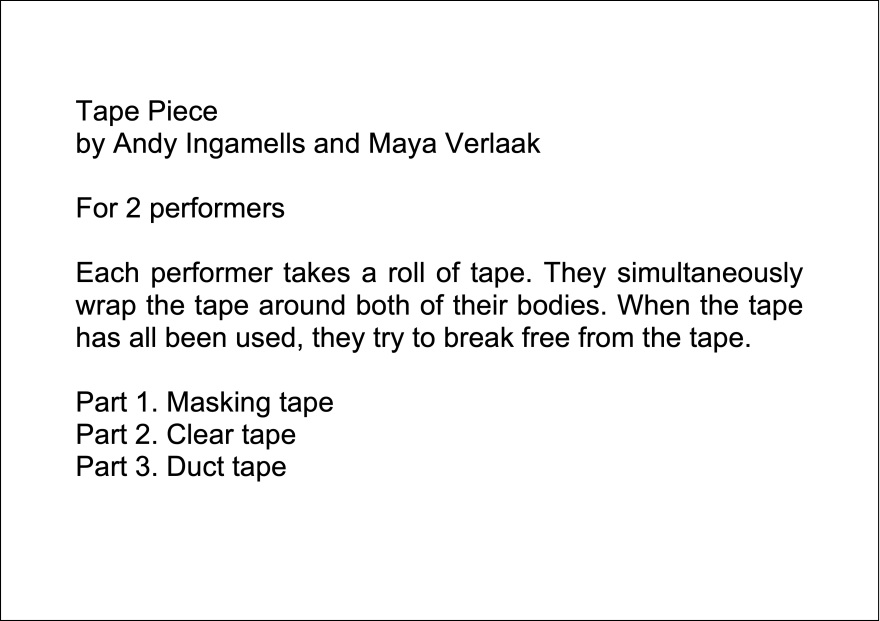